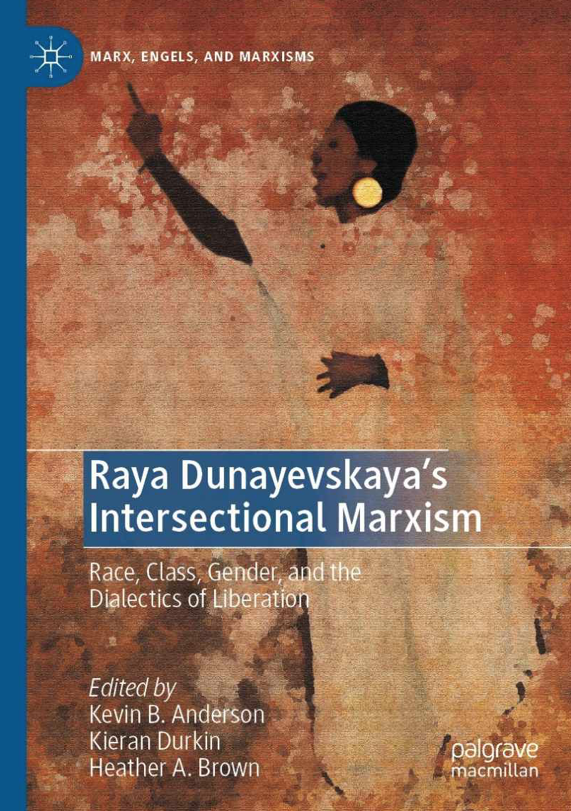 Raya Dunayevskaya is one of the twentieth century’s great but underappreciated Marxist and feminist thinkers. Her unique philosophy and practice of Marxist-Humanism—as well as her grasp of Hegelian dialectics and the deep humanism that informs Marx’s thought—has much to teach us today. From her account of state capitalism (part of her socio-economic critique of Stalinism, fascism, and the welfare state), to her writings on Rosa Luxemburg, Black and women’s liberation, and labor, we are offered indispensable resources for navigating the perils of sexism, racism, capitalism, and authoritarianism. This collection of essays, from a diverse group of writers, brings to life Dunayevskaya’s important contributions. Revisiting her rich legacy, the contributors to this volume engage with her resolute Marxist-Humanist focus and her penetrating dialectics of liberation that is connected to Black, labor, and women’s liberation and to struggles over alienation and exploitation the world over. Dunayevskaya’s Marxist-Humanism is recovered for the twenty-first century and turned, as it was with Dunayevskaya herself, to face the multiple alienations and de-humanizations of social life.   Get to know Raya Dunayevskaya’s brand of intersectional Marxism at this book launch event sponsored by the IMHO. Recorded on February 17, 2021. Speakers: Paul Mason, Alessandra Spano, Karel Ludenhoff, David Black, and Kieran Durkin.

1. Introduction – by Kevin B. Anderson, Kieran Durkin, and Heather A. Brown

9. Marxism and Freedom: Apropos of Raya Dunayevskaya’s Book – by Rodolfo Mondolfo 10. Why Twenty-First Century Marxism Has to be Humanist – by Paul Mason 11. On Capital Accumulation, the Tendential Fall in the Rate of Profit, and Crisis Theory – by Karel Ludenhoff 12. The Revolutionary Travels of Marxism and Freedom – by David Black

13. Why Marx is More Relevant Than Ever in the Age of Automation – by Paul Mason 14. Raya Dunayevskaya’s Emancipatory Marxism – by Frédéric Monferrand 15. Beyond Anti-humanism: Alienation, Praxis, and the Dialectics of Liberation – by Kieran Durkin 16. Two Kinds of Subjectivity in Marxism and Freedom: Hegel, Marx, and the Maoist Detour – by Kevin B. Anderson

A Revolutionary Subject: Pedagogy of Women of Color and Indigeneity

Marx on Gender and the Family: A Critical Study (Persian edition)

Marx on Gender and the Family (Turkish edition)

Marx on Gender and the Family: A Critical Study