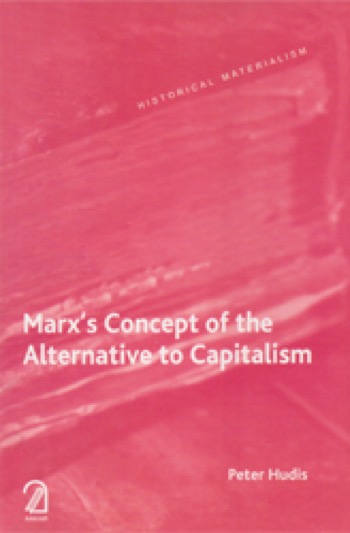 Author(s): Peter Hudis
Release Date: Jul 15, 2016
Publisher: Aakar Books
ISBN-10: 9789350024447
ISBN-13:
In contrast to the traditional view that Marx’s work is restricted to a critique of capitalism and does not contain a detailed or coherent conception of its alternative, this book shows, through an analysis of his published and unpublished writings, that Marx was committed to a specific concept of a post-capitalist society that informed his critique of value-production, alternated labour and capitalist accumulation. Instead of focusing on the present with only a passing reference to the future, Marx’s emphasis on capitalism’s tendency towards dissolution is rooted in a specific conception of what should replcae it. In critically re-examining that conception, this book addresses the quest for an alternative to capitalism that has taken on increased importance today.

Peter Hudis, has written widely on Marxist theory and contemporary politics and is the author of Marx’s Concept of the Alternative to Capitalism, and Frantz Fanon: Philosopher on the Barricades. He is General Editor of The Complete Works of Rosa Luxemburg (three volumes have appeared so far).