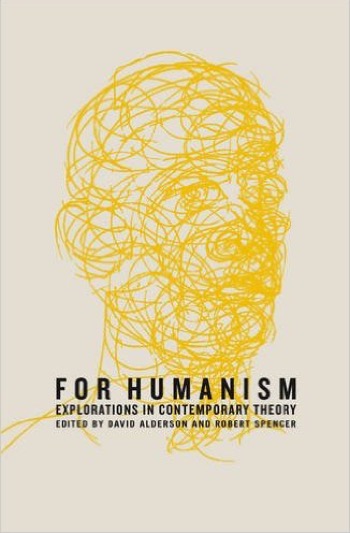 Today, anti-humanism is a dominant, even definitive, feature of contemporary theory. This book sets out to challenge this by establishing the historical context that resulted in humanism’s eclipse, critiquing anti-humanism, and exploring alternative, neglected traditions and possible new directions.

Humanism is a diverse and complex tradition that may facilitate the renewal of progressive theory through the championing of human subjectivity, agency and freedom. Across four extended essays, David Alderson, Kevin Anderson, Barbara Epstein and Robert Spencer engage critically with the Marxist tradition, recent developments in poststructuralism, postcolonialism and queer theory.

No translation of this book has yet appeared.
For Humanism: Explorations in Theory and Politics is one of those landmark texts that appear on the horizon of our apprehension in rare instances, precisely when they are needed the most. It has appeared  at a precipitous time when post-humanism has replaced rationality with persuasion, explanation with mechanical observation, the criterion of rational knowledge with opportunity, the human subject with that which has been subjected, facts with their fictional enacting and the various ways one can think about them, understanding a concept with its tacit approval, and an examination of history with puerile motivated amnesia. Even after the obsequies of humanism and celebrations of the death of modernism, occurring at the dawn of the rule of synthetic subjectivities and impersonal and impersonable personalities, and ribald claims that our subject-less beings are now being programmed by our computers, and no longer by computer programmers which some have called the postmodern turn–humanism steadfastly declines to disappear.  And as his volume affirms, it has chosen instead to refurbish itself in the face of relentless accusations that it must finally and forever be crammed into the dustbin of history.  The cry of those succulent philosophers nested inside the dung and dross of the digital matrix, urging us to join their libertine drive to self-mastery and to break free of nature’s chains falls silent in the face of this powerful volume by David Alderson and Robert Spencer, with a luminescent introduction by Timothy Brennan that alone is worth the effort to obtain this volume. Kevin Anderson’s retrospective essay on Marxist humanism after structuralism and post-structuralism is one of the most lucid essays on the intervention of Marx into the post-humanism debate that I have read in a decade and essays by Barbara Epstein, Robert Spencer and David Alderson shine.  While humanism is most identified with the secular realm, humanism can be countenanced in a hallowed manner in the works of liberation theologians, as adduced not only in the exegesis of Jesuits enflamed by the plight of the poor, but also in their praxis on behalf of the poor, which contributed mightily to the failure of some members within their ranks to make it through Latin America’s dirty wars alive. There is indeed a concordance between humanism and transgression, that does not end in Sadean isolism or in an endless ride through the rhizomatic universe of Deleuze but rather in a retrenchment of the spirit, in so far as humanism is able to muster the protagonistic human agency transcend the barriers to humanity’s social needs.  This book is a masterpiece of humanism from below.

“‘A major intervention into contemporary discussions about the resources of political hope, this volume insists upon the continuing indispensability and, indeed, radicalness of humanism as both a critical philosophy and a moral-political template. Each of the individual chapters “on socialist humanism, political philosophy, postcolonialism, and queer theory” is noteworthy for the ways in which it conjoins scholarly rigour with passionate political commitment. Humanism is approached here not merely as a field of thought and action with long historico-philosophical roots, and requiring contemporary renewal, but as a social optic foundational to any project that aims at human freedom.” 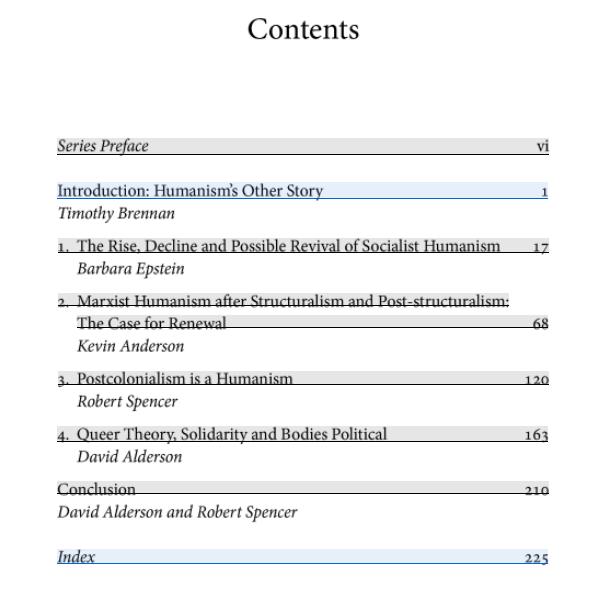