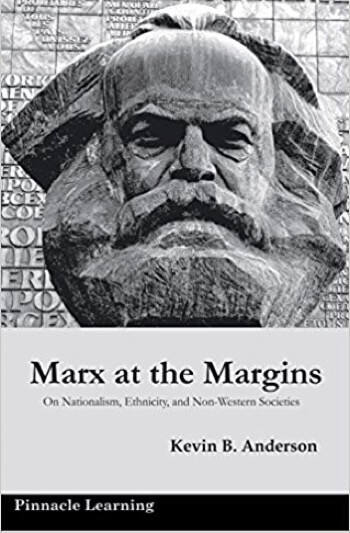 In Marx at the Margins, Kevin Anderson uncovers a variety of Extensive but neglected texts by the well known political economist which cast what we thought we knew about his work in a startlingly different light. Analyzing a variety of Marx’s Writings, including journalistic work for the New York Tribune, Anderson presents us with a Marx quite at odds with our conventional interpretations. Rather than providing us with an account of Marx as an exclusively based thinker, Anderson here offers a portrait of Marx for twenty-first century: a global theorist whose social critique was sensitive to the varieties of human social and historical development, including not just class, but nationalism, race and ethnicity, as well.

Marx at the Margins ultimately argues that alongside his overarching critique of capital, Marx created a theory of history that was multi-layred and not easily reduced to a single model of development or revolution. Through highly-informed readings on work ranging from Marx’s unpublished 1879-82 notebooks to his passionate writings about the antislavery cause in the United Sates, this volume delivers vision of Karl Marx that is sure to provoke lively debate in Marxist scholarship and beyond.

“Anderson may just have provided the burgeoning Marx industry with another major focus for its research and debates. Marx at the margins reveals a dimension of Marx that is very little known and even less understood. Anderson makes an overwhelming case for the importance of Marx’s views on non western societies, ethnicity, nationalism, and race to our interpretations of his thinking over a wide range of topics. This is an incredibly innovative, interesting, and terribly important book that will greatly benefit any of its readers.” BERT OLLMAN, New York University

“Marx at the Margins is a book of tremendous scope, filled with important scholarly contributions, including Anderson’s highly original reading of Marx’s theory of history. In this truly ground-breaking work, Kevin Anderson analyzes Marx’s journalism and various unpublished writings on European colonialism and the developing countries for the first time, breaking the long- held stereotype that Marx was an incorrigible class and economic reductionist. Well-written in clear and accessible prose, Marx at the Margins proves that Marx is the sophisticated and original theorist of history some might not have ever expected him to be.”