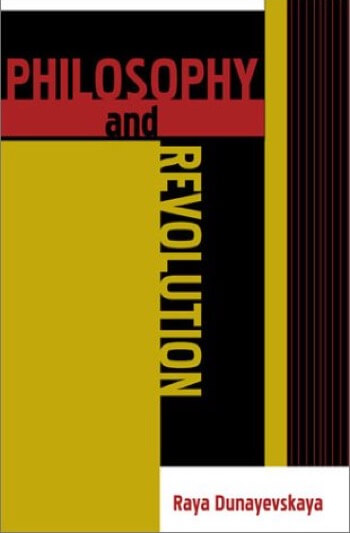 There a few better guides to grasping Marx’s philosophy and his theory of revolution (and the internal relation between the two) than Raya Dunayevskaya. And when one adds the impressive insights on how to apply both in the present period, it is evident tha tthis is a work that no serious radical― scholar or layman/woman― can afford to miss. (Bertell Ollman, New York University)

Dunayevskaya . . . has discovered a concept of freedom in Hegel that engages us to see freedom as a self-determination that is a free release rather than a movement of becoming other. . . . Should feminists bother with Hegel? Dunayevskaya’s voice returns us to an affirmative response. While Hegel used his own analysis to affirm the subordination of women, there is still much in his analysis of the pathway to freedom, especially in the Logic, that is not exclusively male but which helps us to reflect on a truly human freedom. (Patricia Altenbernd Johnson, University of Dayton)

This insight goes far beyond those of participatory action research, and in some ways even beyond those of Paulo Freire. For those of us who lived through the 1960s and saw (and took part in) the renewal of sociology, economics, political science, philosophy, and other fields by the movements of that period, her analysis rings true. (Contemporary Sociology)