March for Our Lives LA Protest

Summary: Youth are leading a movement against gun violence and rallied hundreds of thousands in the largest protests for gun control in US history, with this article focusing on the Los Angeles march–Editors

On March 24, 2018 tens of thousands of Southern Californians came out to march in favor of gun control policies in downtown Los Angeles. After years of increasingly frequent mass shootings with Congress doing nothing, the teenagers of Florida’s Stoneman Douglas High School who survived a school shooting only weeks ago came out as advocates of gun control and led a movement against gun violence. There were 800 protests in cities all across the world. 800,000 marched on Washington. 30,000 marched in Atlanta. 20,000 in Parkland, Florida. 175,000 marched in New York City. Tens of thousands in Chicago. 18,000 marched in Minneapolis. 13,000 marched in Morristown, New Jersey. Thousands marched in Houston, Portland, Maine, Denver, Portland, Oregon, Seattle, Boston, Austin, Dallas, Philadelphia. 5000 protested in Orange County, CA. Hundreds or thousands protested in cities in every state from Las Vegas to Cincinnati to Anchorage.

The crowd in Los Angeles was led by youth and featured a huge number of high school students. Youth chanted “Hey hey NRA how many kids did you kill today!”. There was great opposition to the NRA and an understanding of its vast donations to the Republican party as a major obstacle toward any regulations on guns. The crowd rejected the militarization of schools and many signs said teachers needed more funding as opposed to guns or more cops in schools. I also heard teens chanting “No Trump no KKK no fascist USA.” One sign I saw read said “It’s time for a revolution!” It was very inspiring to see so many high school students out protesting. The youth protesters of today become the radical adults of tomorrow.

My friend and I ran into a contingent of students that had a banner that said “Youth of Color March for Our Lives”. We saw people of all races but the march, much like the Women’s March, featured more White protesters than rallies before Trump became president. We saw one sign a few times, which was a tribute to Black Lives Matter that had a Black girl with her hands up saying “Don’t shoot!” and “Protect kids not guns!”  A few people also had “Disarm the police” signs.

As to why this movement is happening now: kids under 18 grew up post-9/11/2001 terrorist attacks in the United States, so that was not a defining moment in their lives. Instead, what they grew up with was seeing an increasing number of mass shootings, especially in the last 6 years. Today’s K-12 students have grown up having to have “active shooter” drills where they are taught what to do in case a gunman comes into their school. Many of us adults remember that assault weapons like the AR-15 were banned from 1994-2004 in the United States and mass shootings were less frequent during that time. I heard a young woman speak who was shot at the mass shooting in Las Vegas last year, which was the deadliest mass shooting in modern US history. I also saw a woman with a sign saying that her son had been shot in a mass shooting.

The March for Our Lives in Washington DC included not only survivors of the school shooting in Parkland, Florida but also included speakers on more common forms of gun violence. One speaker was a young Latina teen, Edna Chavez, from South Central LA who saw her brother shot to death in front of their home. Gun violence in the United States overwhelmingly affects Blacks and Latina/os in poor neighborhoods but it has been completely normalized and barely makes the local news. Capitalism and racism cause ghettos in other developed countries too, but a far fewer percentage of poor people of color are murdered in places like Britain or Canada. The most outspoken Parkland survivors have promoted the activism and stories of students of color from places like Chicago and DC who have been touched by gun violence but do not get much attention. Parkland student David Hogg, a White student, said that while his high school is 25% Black the media coverage of the school shooting does not reflect this.

In one notable way, this movement showed that it is larger than just demands to end mass shootings, when 11 year old Naomi Wadler, who led a walkout at her elementary school, spoke at the March for Our Lives DC and went viral on social media. She said, “I am here today to acknowledge and represent the African American girls whose stories don’t make the front page of every national newspaper, whose stories don’t lead the evening news.” 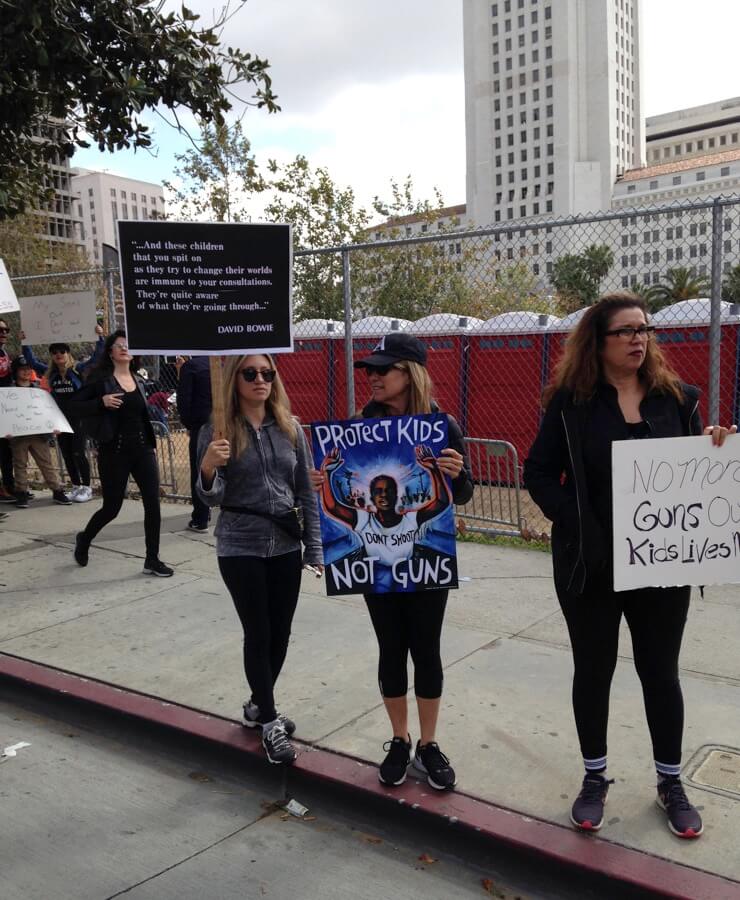 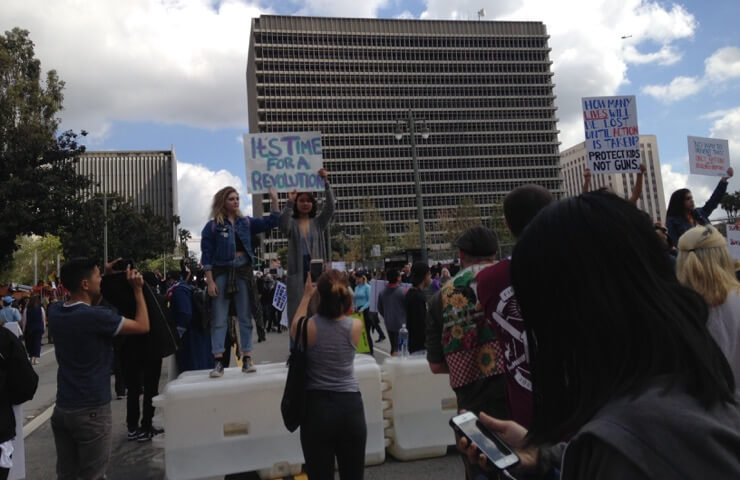