On Sunday, October 13, several hundred people picketed outside the Turkish Consulate on Wilshire Boulevard to protest Turkey’s invasion of the Rojava area of northern Syria and US complicity in what could turn into ethnic cleansing of the Kurds. The mood was one of outrage, combativeness, and of course sadness for the outrageous betrayal of the Syrian Kurds and their allies in the Rojava region. A large banner with the Kurdish colors stood above the rally, held up by activists, with the slogan: “Defend Rojava. The Turkish Invasion Is the Destruction of Democracy, Feminism, Ecology.” Marchers chanted, “Shame on Trump,” “Trump Betrayed and Erdogan Murdered the Kurds,” “For a No Fly Zone,” “Erdogan Terrorist,” and “No Friends But the Mountains.” Many signs also referred to women’s rights and to massacres by the Islamic State. The crowd included a lot of young people and women as well as older activists. Many seemed to have been mobilized within the local Kurdish and Armenian communities. The LA socialist left was not visibly present, with the exception of some anarchists and the International Marxist-Humanist Organization, whose statement on the situation was distributed. 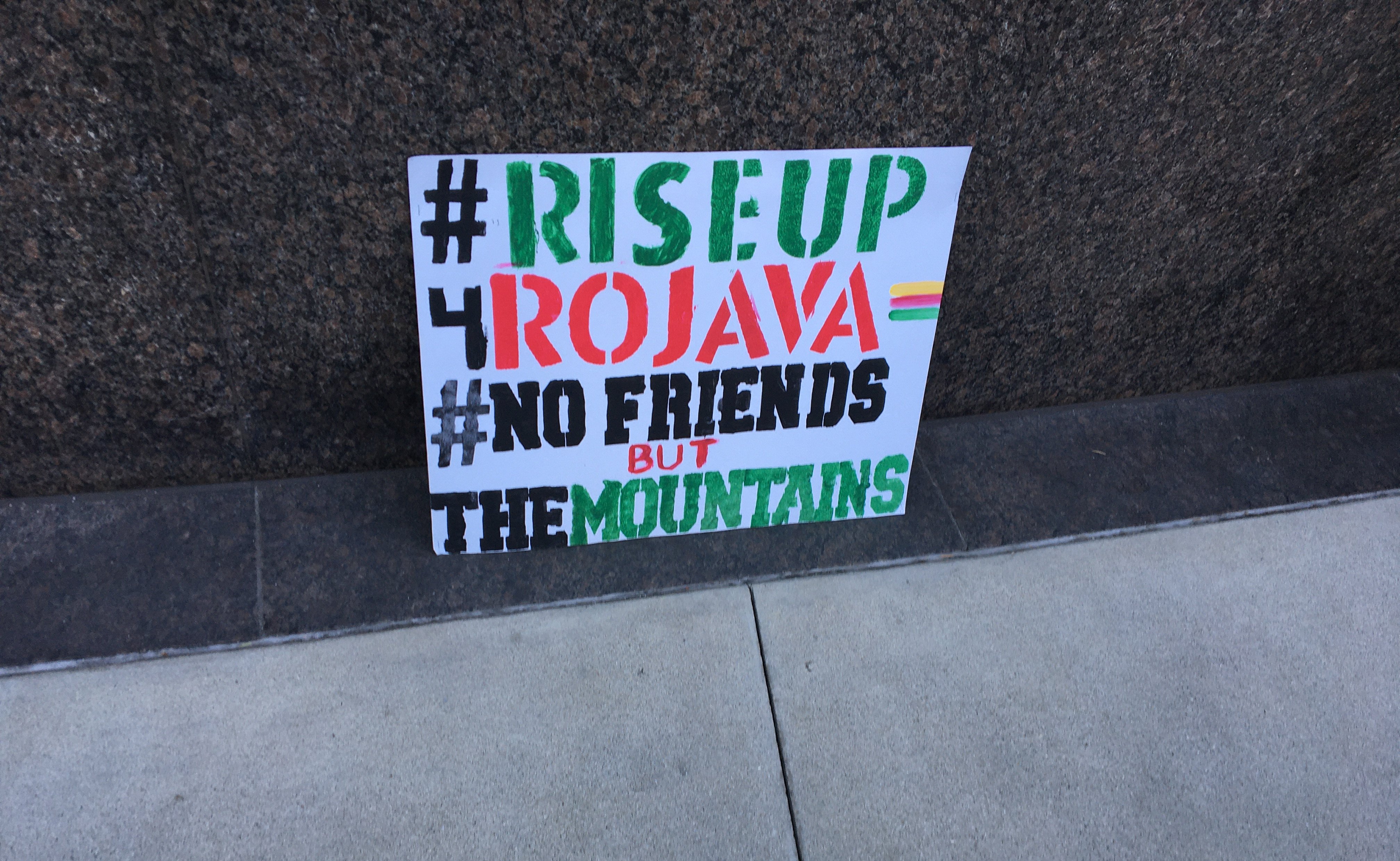