Summary: Determined protests against police brutality and murder continue in Chicago amid attempts at whitewash and questions over the meaning of changing “the system” — Editors 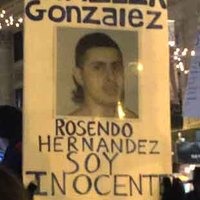 Some three hundred people turned out for a rally to protest the Department of Justice complicity in police crimes in Chicago on Thursday, Dec. 10. Sparking daily marches and demonstrations like this one was the uncovering of the police shooting of Laquan McDonald in 2014. Held in Federal Plaza, the protest comes at a time when the Obama Administration’s Justice Department is launching an investigation of the Chicago Police Department and the widening picture of police murders. 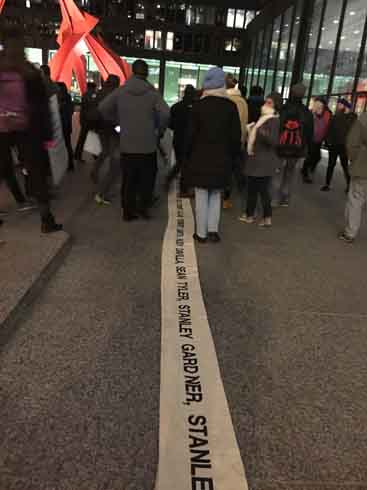 A focal point of the rally was the history of police torture of people unjustly convicted for crimes they did not commit, sometimes with sentences of death or life in prison, and mostly African-American but other ethnicities too. Despite a movement which exposed this brand of corruption and produced gubernatorial pardons for many victims almost two decades ago, the pattern of abuses has continued. For instance, some ninety people have been killed by Chicago Police in the four years leading up to 2015. In that light, an abrupt and belated Justice Department investigation appears to be what it is, a whitewash of police crimes and cover-ups by Mayors Richard M. Daley and Rahm Emanuel.

Speakers at the rally included the victim of Chicago Police Commander Jon Burge, in whose custody hundred’s of detainees were tortured between 1972 and 1991. Only this May, the Chicago City Council, at the behest of Emanuel, legislated $5.5 million in reparations for victims – who could prove they were tortured by Burge and his staff. But many victims remain in prison or were never exonerated. A long ribbon with the names of a hundred of those victims was rolled out to illustrate the dimensions of this travesty.

Rekia Boyd, Philip Coleman, Flint Farmer, Ronald Johnson and many others recently killed by the Chicago Police were remembered as well. And in a powerful speech Joyce Edison-Brown recounted the slaying of her son, Charles, by the police in Harvey, a predominantly black suburb of Chicago. 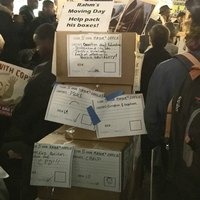 The central demand in this demonstration was the establishment of an elected Civilian Police Accountability Council. The current appointed Independent Police Review Authority itself was the outcome of community demands for police accountability, but it is just as corrupt as the panel it replaced. This year a former investigator, Lorenzo Davis, sued the city after he was fired for refusing to back down from his recommendation to discipline an abusive police officer. Moreover complaints generally go nowhere with the current board. Pressure to depose sitting Mayor Rahm Emanuel and Cook County State’s Attorney Anita Alvarez has percolated in this rally and others. Packing boxes were labeled and stacked in the plaza for Emanuel, to help him vacate city Hall.

While some speakers talked about changing “the system,” whether they meant the system of capitalist justice, practiced locally, wasn’t clear. An elected body to investigate complaints against the police could, if our community wins this demand, give it some breathing room and lead to more organization. However as the recent past shows, reformism can take root and erode the struggle against police brutality. City police can assume no other role – in the institution and in the individuals – than to dominate community life with the purpose of suppressing the potential for self-organization, much less actual struggle.