Help Continue the Work of the International Marxist-Humanist Organization 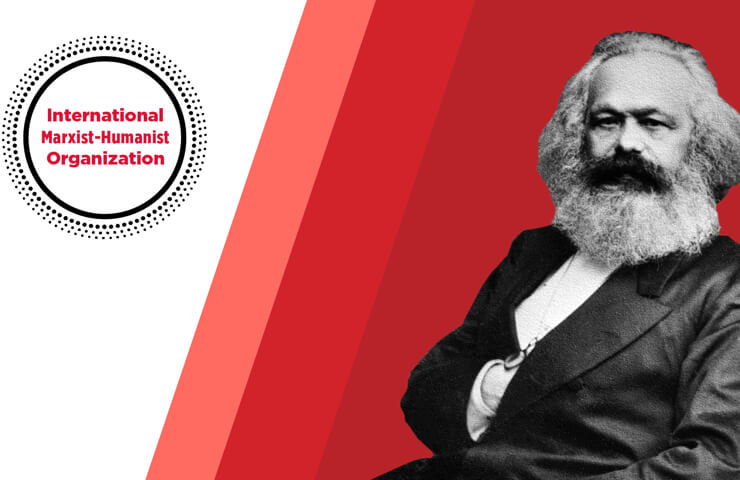 The year 2022 has been an active one for the IMHO. We’ve accomplished a number of things despite the right-wing headwinds blowing in many parts of the world, and we’ve been responding to some positive developments like the Brazilian election, the left wave in Latin America, and the revolutionary uprising in Iran.

2022 was also the year of the publication of the publication by PM Press of our new translation (by Kevin B. Anderson and Karel Ludenhoff) of Marx’s Critique of the Gotha Program (with a new introduction by Peter Hudis and a foreword by Peter Linebaugh). It corrects some important errors in previous translations concerning Marx’s view of the state and the difference between value and wealth. For that and several other reasons, we believe that Marx’s Critique of the Gotha Program is a crucial theoretical source of inspiration for developing a notion of a viable alternative to capitalism today.

To develop and project a viable vision of an alternative to capitalism that responds to the issues and challenges of our time and points toward a new human society is the overall reason for the existence of the IMHO. This is because if we don’t have an idea of what we are for, “activism spends itself in mere anti-imperialism and anti-capitalism, without ever revealing what it is for… what is needed is a new unifying principle, on Marx’s ground of humanism, that truly alters both human thought and human experience” (Dunayevskaya, Rosa Luxemburg, Women’s Liberation, and Marx’s Philosophy of Revolution).

In this endeavor, we published over seventy articles in our open web journal. A number of them were translated into Portuguese, Chinese, Hindi, Persian, and Turkish. In addition, we have held more than twenty-five public meetings worldwide. In July, we organized a hybrid Convention in Chicago for all members of the organization. We are now working on publishing the presentations given at the Convention as a book. The Convention also voted to develop a statement on transgender rights. This is in the making, and members and friends of the IMHO will publish more articles on this topic in the coming period.

We have also continued to publish theoretical analyses of the Black movement in relation to class and gender, as well as reports on police harassment of Black youth.

In response to the crucial historical turning point posed by Russia’s neocolonial invasion of Ukraine, the IMHO developed a position denouncing Russia’s invasion (as well as NATO and other imperialist forces) while defending Ukraine’s right to national self-defense, and simultaneously pointing at what we are for, a humanist alternative. Since then, our Ukraine statement has been translated into Hindi and Chinese. In the process, we gained many new friends who found our statement “highly commendable” and original among Left-wing organizations.

For 2023 we plan to organize a mini-conference dedicated to the new edition of the Critique of the Gotha Program. We will also continue writing, analyzing, organizing public events, and participating in demonstrations, protests, and conferences. We invite you to participate and contribute to our activities by showing up to our events and/or giving us a donation. If you want to donate, the easiest way to do so is by sending money via PayPal by clicking on this link. The IMHO is a not-for-profit organization, and your donations are tax-deductible in the US.

For a revolutionary future! Happy New Year from the comrades in the International Marxist-Humanist Organization!