Helen Macfarlane: Red Republican: Essays, articles and her translation of the Communist Manifesto 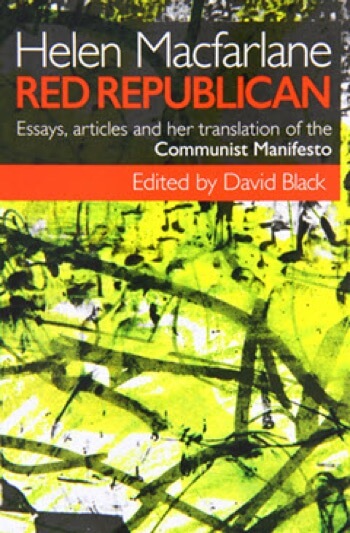 In 1850 Helen Macfarlane assumed a male avatar (‘Howard Morton’) and applied herself to supporting the Chartists-the first working-cłass movement to shake the British establishment. She was the first translator of Hegel into English, and the first translator of the Communist Manifesto. Her essays directly address the issues that taxed the brains of her radical readers: how come Jesus spoke for the poor yet the Bishops are swimming in money? how can genuine radicals stop interfering liberals from sabotaging the cause? But Macfarlane was wiped from history because the idea of a revolutionary ‘she’ did not suit the times. Dave Black’s resurrection of this outstanding radical and formidable essayist and polemicist is long overdue.
Charles Reitz,  Critical Research on Religion 4:2 (2016)