Yesterday, I participated in Chicago’s peace march 2020 at a park at 24th street and State Street on the south side of Chicago.  In my estimate we had more than 10,000 people, all young, both Black and white. More than half of the people were white. You need to see it to believe the power of the Black Lives Matter movement. They were starting to have a peaceful march. It’s fascinating how these young people are going forward. Different groups had different tables in the park (mostly Black organizations). I saw a few leftwing groups, but the majority of people were youths who weren’t affiliated with any organization or groups. I took some pictures from this gathering. At the park entrance the organizers, displayed the pictures of those killed by Chicago police.

In the past, I have participated in many demonstrations with people of all ages, but this one was different. The demonstrators were all young and conscious of today’s situation. All wore masks. They were starting to rally for Juneteenth with a big banner of George Floyd. They were young and, in my view, both radical and disciplined. It’s amazing when Blacks and whites work this closely together. It is different now. 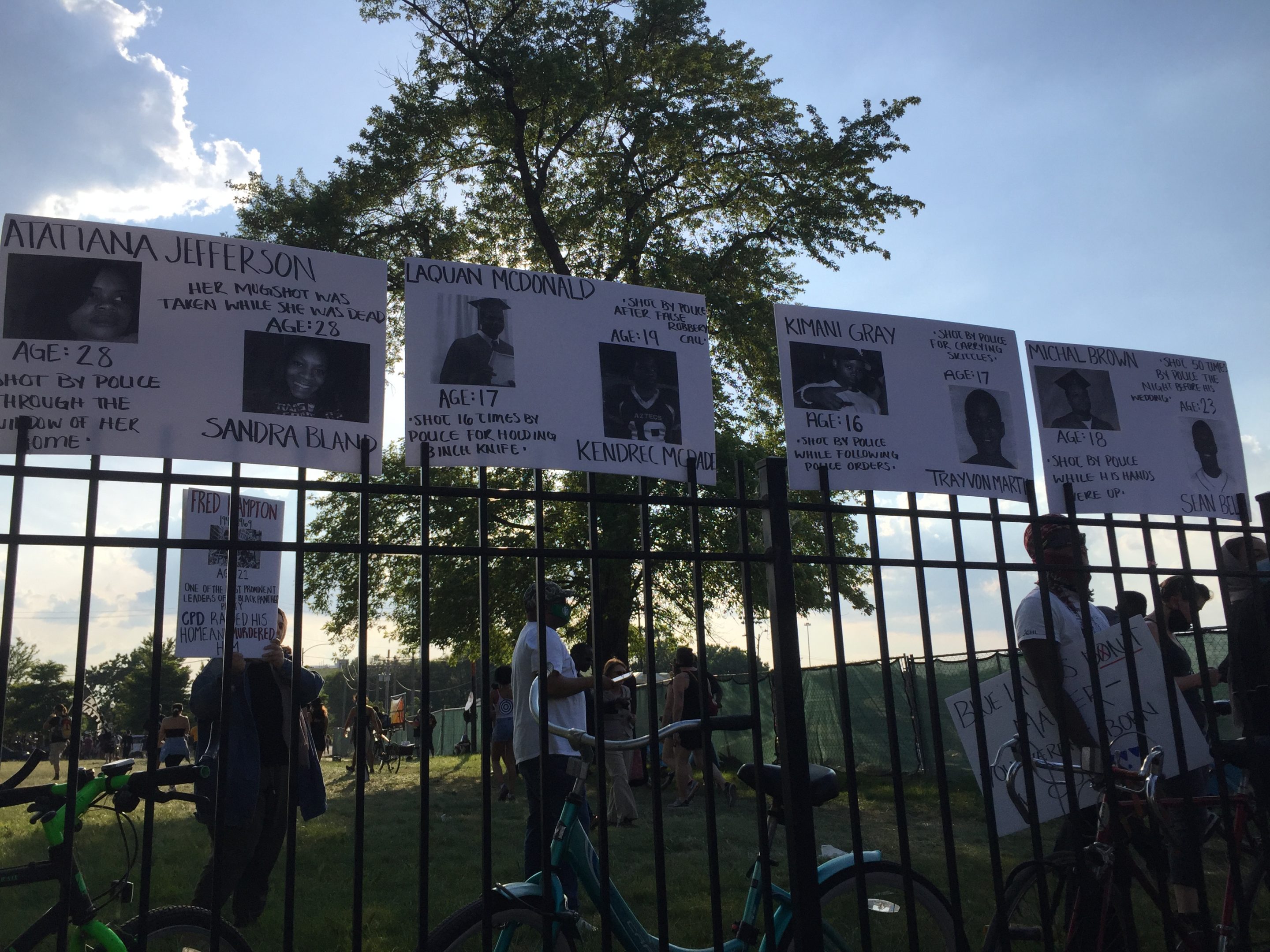